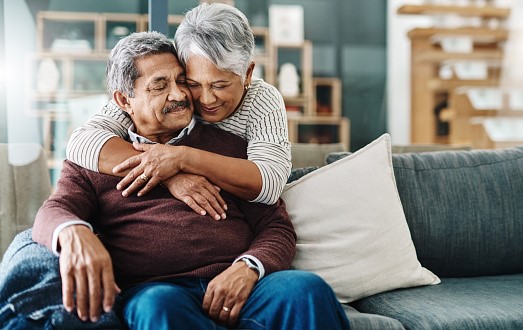 Stroke is a major cause of morbidity and mortality in the US, and a prior stroke is one of the biggest risk factors for future stroke events. Stroke survivors face a 13% increased risk of a subsequent stroke in the first year after stroke, and over 40% experience a second stoke within 10 years. Prior stroke history is also a major risk factor for other cardiovascular events and mortality. Preventing a second stroke is critically important among initial stroke survivors, and the use of secondary prevention medications can reduce the risk of additional stroke event by more than 80%.

“After a stroke, compliance with prescribed medications dramatically reduce the chance of another cardiovascular event. Having an engaged caregiver improves medication adherence for stroke survivors. We need to do more to understand why Black stroke survivors stop antithrombotic medications more frequently than White stroke survivors and address potential racial disparities in recurrence rates,” said lead researcher Orla C. Sheehan, MD, PhD at the Johns Hopkins Center on Aging and Health (COAH) and team examined health care disparities between Black and White stroke survivors based on data from the Caring for Adults Recovering from the Effects of Stroke (CARES) study, an ancillary study of the national REasons for Geographic and Racial Differences in Stroke (REGARDS). The national REGARDS study was designed to identify the causes of regional and racial disparities in stroke mortality, and CARES data enabled the team to analyze information among 172 stroke survivors paired with 160 caregivers. Johns Hopkins researchers Chelsea Liu, Dr. Jin Huang, and COAH Director Dr. David L. Roth were also on this team.

They found that 10 months after hospital discharge, Black stroke survivors were more than twice as likely as White stroke survivors to have discontinued antithrombotic medications, known to help prevent another ischemic event, despite having similar prescription rates at the time of hospital discharge. Antithrombotic usage decreased by 18% for Blacks compared to only 8% for Whites. These findings suggest that Blacks may be at an increased risk of experiencing a second stroke compared to Whites. Delving deeper into the data, they also observed that Black stroke survivors were less likely than White stroke survivors to live with a family caregiver. Interestingly, researchers found that antihypertensive persistence was high regardless of race; the research team credit that fact to effective public health campaigns, such as the National High Blood Pressure Education Program.

“In our cohort, persistence to secondary preventive medication regimens was high likely due to the presence of an engaged caregiver. Routine involvement of caregivers in medication management at the time of hospital discharge and during follow up has the potential to increase adherence to secondary prevention regimens. Use of both antithrombotic and lipid lowering medications fell over time in our population, likely increasing the subsequent stroke risk in those participants—particularly Black stroke survivors who were significantly more likely to discontinue antithrombotic medications The effect of changes in patterns of medication usage on health outcomes particularly in Blacks deserves continued investigation,” added Sheehan.

Sheehan and her team underscore that vigilant caregiver help with medication management is critically important to increase adherence to secondary stroke prevention medications, thereby decreasing the odds of their loved-one having another stroke event. Also, the research team suggests that public health campaigns focused on groups of medications—not just blood pressure medications—may help educate stroke survivors about how important they are to preventing secondary vascular conditions. Moreover, the team believes that the effect of changes in patterns of medication usage on health outcomes, especially in Blacks, warrants further research.

Drs. Sheehan and Roth are available for interview.

Click here to read the full report in Health & Ethnicity.